And to her amazement, she gets a reply! Jaqueline's books are always brilliant, she has a knack for writing down-to-earth stories with real heart and emotion and "Rent a Bridesmaid" is no exception, deftly observational and fabulously written tackling the subjects of family and friendship in a real hug of a book. Zack is undoubtedly one of the best pickpockets in the country but always puts things back - or so he says. Sophie once convinced her Brown Owl that all the other Brownies were jellyfish thanks to her nifty hypnosis skills.

Feel every word with award-winning performances

Then there's Jonny - who is quite possibly the tallest boy in the universe. Jonny mixes science and magic with spectacular consequences by which, we mean he usually ends up blowing things up. Join these young magicians as they step inside the world-famous conjuring club - the Magic Circle - in an adventure that may or may not involve the search for a secret book, a set of impossible crimes and a flock of very confused pigeons. Just in time for easter, we had to feature at least one book that had a distinctly choccy whiff about it The "Daisy" series from Kes Gray and Nick Sharratt has made a successful transition from children's picture books to early chapter readers, and we're catching up with the series as Daisy indulges in one of her favourite pastimes.

In "Daisy and the Trouble with Chocolate" our young hero is absolutely beside herself with excitement. Next, "Oh no, more Pirates! Soon he is on the run, pursued by unknown forces and searching for answers. He escapes to the borderlands of Northumberland, where beings from other worlds are creeping into this one, and learns he is embroiled in a quest to prevent the murder of the last Druid, heir of a mysterious order which has protected this world and others for millennia.

Along the way, the boundaries between good and evil, light and dark, and even the loyalties of those sent to protect him are called into question. What awaits him at the Dead Water only he can face. A place where the Druids laid down their lives to protect the darkest of all their secrets. This is a behemoth of a first novel, feeling at once like the works of Robin Hobb, epic in scale and excitement. Hall is out now, published by Gosforth Publishing.

Genly Ai is an ethnologist observing the people of the planet Gethen, a world perpetually in winter. The people there are androgynous, normally neuter, but they can become male ot female at the peak of their sexual cycle. The people seem unsophisticated and confusing to Genly but he is drawn into the complex politics of the planet and, during a long, tortuous journey across the ice with a politician who has fallen from favour and has been outcast, he loses his professional detachment and reaches a painful understanding of the true nature of Gethenians and, in a moving and memorable sequence, even finds love.

Ursula's storytelling is tight, soaring and emotionally involving as ever and this is one for fans of deep sci fi and complex worldbuilding. Le Guin, out now from Gollancz. That's about all we have time for in April but you bet we'll be back in May with more fantastic middle grade and YA chapter books to tempt you with. Join one of the biggest children's literature festivals in London!


Bigger and better than ever, the programme includes more than sixty events for children of all ages, including author talks, workshops, story time and craft sessions, music, film and much more. There is an exciting mix of bestselling authors and illustrators, up and coming new writers, and household names. Another exclusive is an interview with Little Princess creator and top illustrator, Tony Ross. Monday, April 24, Three fantastic new titles from a fab new publisher this April. Welcome New Frontier Publishing! Lynch Walker Books. Thursday, April 20, Spoiler alert - Why do some people extract such unmitigated joy from ruining something you're into?

Massive Spoiler Alert. See what I did there? I'll never forget where I was the first time I heard who Luke's father was in "The Empire Strikes Back" watching "The Empire Strikes Back" in a cinema or who killed Dumbledore in "Harry Potter and the Half Blood Prince" Reading the book a couple of hours after it was released - oh and ack, sorry for spoiling if you hadn't realised Dumbledore dies - you see how hard all this is?

Spoilers are completely irritating, but not really a modern phenomenon. There were always kids at school who would gleefully ruin books, movies or TV given half the chance. Back before the Internet you could just about get away with protecting yourself from potential spoilers but now it's almost impossible unless A you manage to live a hermit's existence in the middle of nowhere with no internet, no smart devices, and ensuring your only friends are moss-covered rocks and you can't even trust those blighters or B You ship aboard the next flight to Mars thus ensuring you'll be gleefully far from caring about the plot lines of your new obsession being ruined by someone with a huge flapping gob.

I've often mused what drives spoiler-folk to do what they do. Is it that childish "I saw it first before you" thing? Is it that they actually derive more pleasure ruining something for someone else than enjoying that thing in the first place?


Or are some people just massive twerps who could do with being locked in a piano before said piano is rolled down a few hundred flights of stairs in a dilapidated old s brutalist tower block? Or all of the above. Alas on the blog we have fallen down the hole of accidental spoilage before now and it's actually very difficult to write a children's book blog without venturing into spoiler territory from time to time and yes, I've personally been taken to task by someone who claimed one of our reviews completely ruined their enjoyment of a children's book - serious business, though I apologised profusely to the point of offering to pay for their copy of the book as some sort of compensation - I think they realised how potentially embarrassing that would be before cashing up though, thankfully.

Proper intentional spoiling though, that's an entirely different game. I innocently stumbled across the huge great big spoilers for both recent Star Wars films purely by minding my own bloody business on Twitter - only to have some hilarious pee-stain on legs blurt out said spoilers on a completely unconnected thread.

I have a theory about spoilerfolk. It's much more serious than that. From Hillsborough to Munich and the Heysel Stadium, Alan Gibbons examines the worst events in football in a way that enables young fans to understand what happened and why. A fan himself, his book still celebrates the best of football too as a way to bring people together.

Like Mowgli, he forms friendships with a bear and panther, and is attacked by a pack of vicious monkeys but comes up against poachers too. There are more adventures for Mak promised, good news for readers. March Book of the Month A touching and amusing story about belonging and the search for an heroic identity.

Adam has always known that he was adopted and it never seemed to matter. After all, he loves his mum and dad and even his sisters Minnie and Velvet. But when he overhears his mum talking about a secret he jumps to the wrong conclusion and begins to feel left out. Determined to take matters into his own hands Adam dreams of finding his real mother and of making himself more special by becoming a superhero.

And it is. To save them he and his twin sister Pandora team up with a couple of unscrupulous if well-equipped tomb robbers. After years of academic failure Jake can finally use his true talents, dodging explosions, outthinking the bad guys, even wrestling a giant snake. This is definitely one to recommend to fans of the Alex Rider books, and readers would also enjoy Defender of the Realm by Nick Ostler and Mark Huckerby. Fortunately for Arthur and his family Mr P is polite and friendly and his stay as a guest brings about all sorts of changes for the better.

This is all mixed up in a funny, often surreal story about the challenges of managing a polar bear at school, and with a sub-plot concerning a tense football match. Described as Metamorphosis for young readers, this story by Ted Hughes is indeed filled with a sense of transformation, visceral and almost terrifying in its vitality. 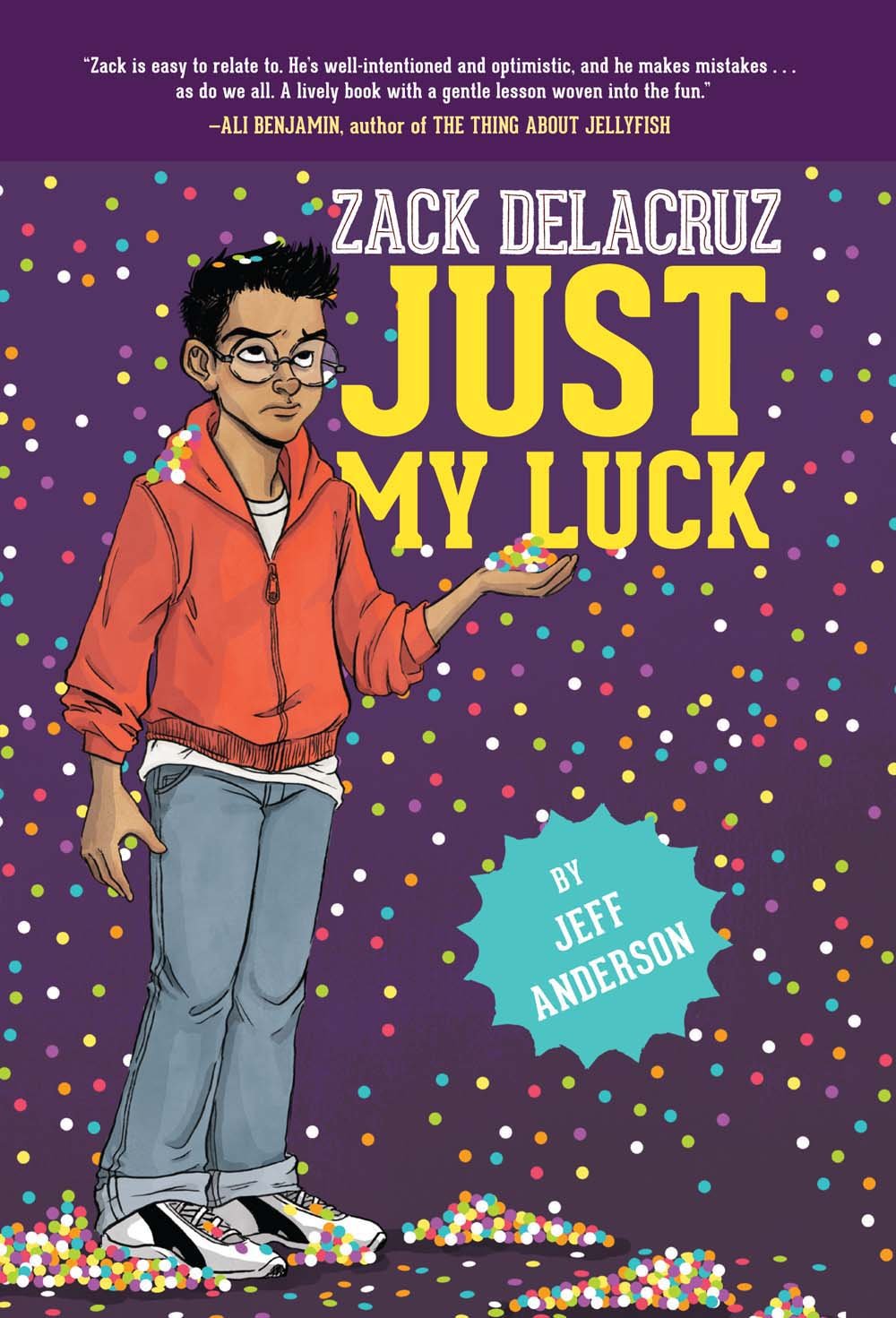 There's nothing out of the ordinary about Fred, except that he seems to have a particularly acute relationship with the universe, super-aware of himself as a living being. While his ability to think himself into other heads helps at school, a tiger prowls through his dreams which become ever more real and frightening. Inventive, spare, tough and beautifully told, this demands to be read aloud. Striking illustrations by Joe McLaren add to its special appeal.

This is a hilarious story of dead fish, gorillas with bananas in their ears, poetry, cunning plans and highly legal documents kind of. Oh and iPads, iPhones and vlogging of course. Oh the horror, the indignity!

The days when people would sit around the fire playing board games, take long walks and do jigsaw puzzles — all the time. Will Louis convince his parents that social media and technology are good things after all? Or will Louis have to find another way to make his voice heard? In an age where the issue of technology and social media addiction is becoming ever more topical and debated, How to Update Your Parents provides a fresh outlook on the subject and shows both sides of the argument in a thoroughly entertaining, non-judgmental, and hilarious way.

The juxtaposition of monsters and the mundane is very funny, and the action scenes everything they should be — monstrous fun! Fans of Artemis Fowl will enjoy visiting Darkmouth. In a nutshell: the agony and the ecstasy of the pre-teen The return of Arthur Bean, self-proclaimed creative genius and star of one already highly successful diary-based narrative is to be welcomed. It makes for varied, refreshing reading and feels both real and true. As well as the usual issues of friendships and first romances, Arthur is also mourning the loss of his mother, and this too is sensitively handled.

Julia Eccleshare's Pick of the Month, June Debut author Francesca Armour-Chelu has created a desperate flooded dystopian world in this fast-paced story of one boy's survival. When Fenn's parents are killed by the vicious Terra Ferma who are determined to wipe out all Seaborns, Fenn survives thanks to Halflin who does everything he can to keep Fenn safe. But Fenn is a child with a special destiny and Chilstone, the heartless leader of Terra Firma, is determined to get him.

Can Fenn stay one step ahead of his pursuers?

https://nocondayderka.gq James Patterson continues to do sterling work turning reluctant readers onto books, and this latest instalment in the ongoing trials of Rafe Khatchadorian will more than satisfy his young fans. The only person showing any enthusiasm for his return is his least favourite person in the world, Miller, aka the Killer. But as readers know, Raffe is nothing less than resilient, and things might not turn out as badly as he expects.

Short action-packed chapters, snappy dialogue, lots of humour, cartoons and extra graphics, they all contribute to make these some of the most accessible page-turners around.